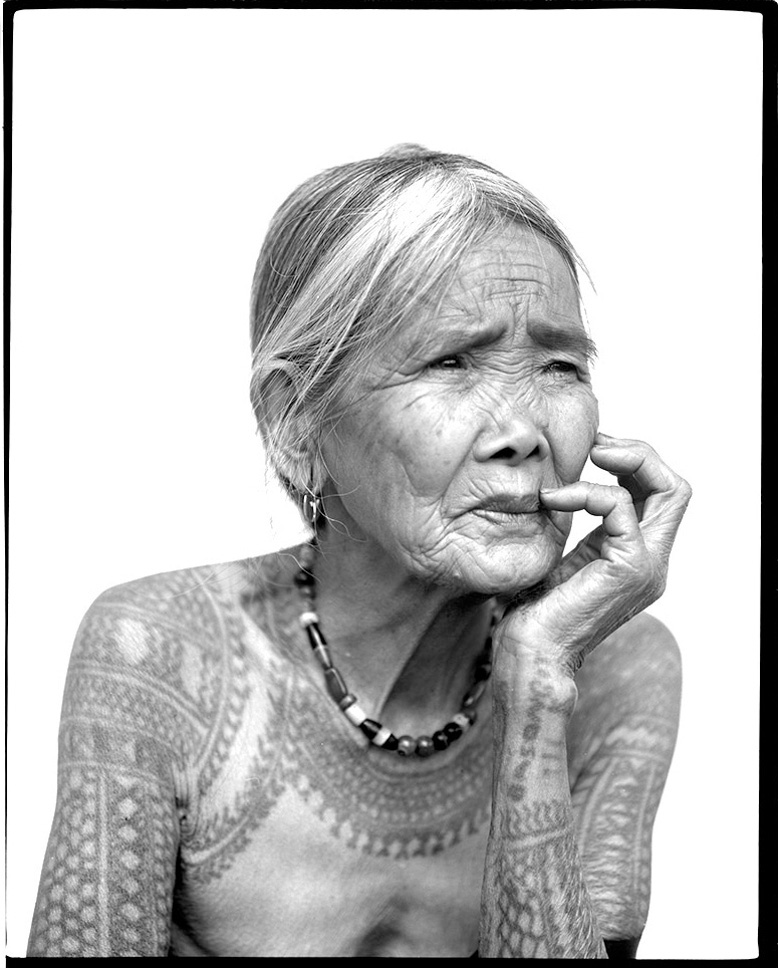 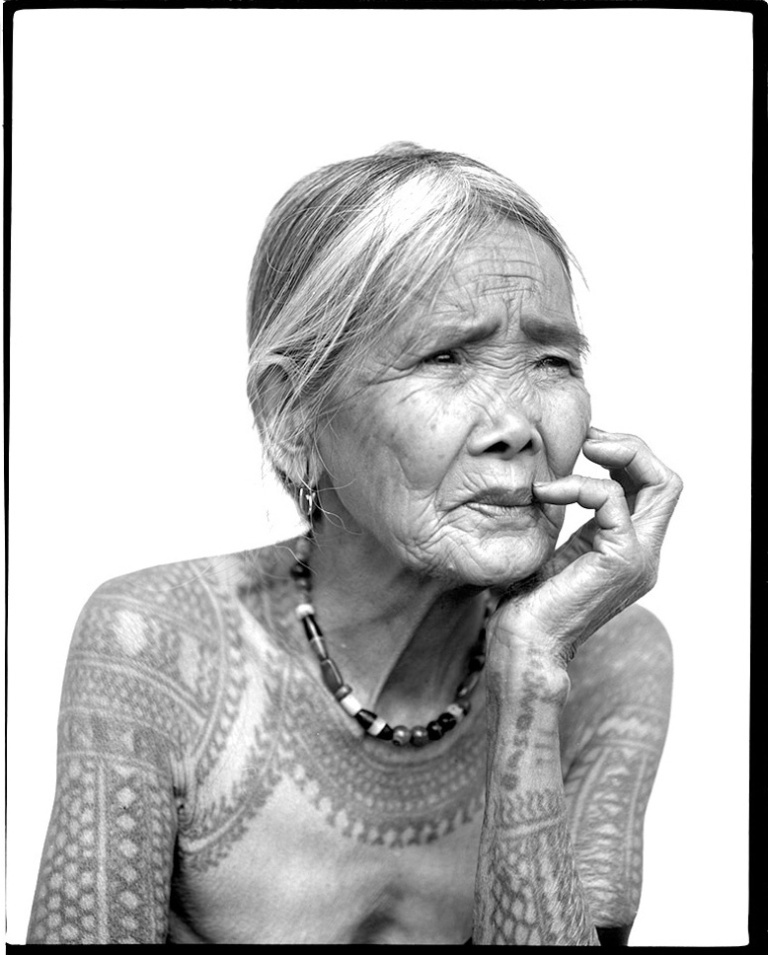 Kalinga tattoos, also known as Batok, is an ancestral tattoo originating from the fierce Kalinga tribe in the Philippines. Originally embedded in the head-hunting tradition, tattoos were meant to represent every head a warrior collected. The “traditional” view now is that one had to have earned it. This article gives a good summary of the background: “”For the women, it is a symbol of beauty, wealth, stature and fortitude. They are more desirable for men if they have more tattoos”, says Verzosa. For the men, wearing a tattoo is a mark of power, bravery and heroism, completely identified with headhunting.”

The art of creating these tattoos span generations–scholars estimating over 1000 years–and today only one Kalinga tattoo artist, a 96-year-old woman named Whang-Od remains. There is a fear that the artform is dying and will soon become extinct unless she passes her skills down to her grand niece making Kalinga Batok the rarest form of tattoo artistry that exists today.